Skip to content
twitterfacebooklinkedinenvelope
Feel free to reach out.
Prev Bio
Next Bio 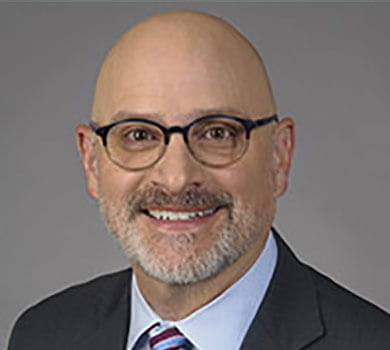 Stephen grew up in Oshkosh, Wisconsin (yes, the namesake and original home of the children's clothing brand), and migrated to the South to escape the harsh winters. College brought him to Atlanta, which he has claimed as home since 1984. He has an International Studies degree from Emory University and an MBA from Georgia State University. Stephen has almost 30 years of financial services expertise in insurance and financial risk management. His background includes sales of risk modeling and analytics systems with Fortune 500 companies and he has worked at FIS, Moody's Analytics, Milliman, Willis Towers Watson and PricewaterhouseCoopers.

Stephen has a passion for coaching and empowering people that he has gained as a boot camp and karate instructor. Stephen has a distinct perspective, in that in addition to being our newest advisor, he has been a client of Spring Street Financial for the past 15 years. A big believer in lifelong learning, Stephen has been involved with and has held leadership responsibilities with More to Life, a nonprofit organization that helps people develop skills to find more connection, fulfillment, and purpose in life.

Stephen is an example of goal driven success. In 2012, his goal was to run 12 races in 12 months and he did just that (including 8 half marathons). He next set his sights on becoming a black belt in Karate and accomplished that in June 2017. He is an avid scuba diver and has dived in Azores, Bonaire, Cozumel, Puerto Rico, Galapagos, Florida and believe it or not, Alabama. Those who know him, know him to be good-natured and determined and he is often called a "bright light". Stephen is a massive foodie and a Delta Million Miler, and he always enjoys conversations about interesting places to visit and new restaurants to try.

Raymond James is not affiliated with the above organizations and/or charitable causes.

Always here for you

twitterfacebooklinkedinenvelope
Raymond James financial advisors may only conduct business with residents of the states and/or jurisdictions for which they are properly registered. Therefore, a response to a request for information may be delayed. Please note that not all of the investments and services mentioned are available in every state. Investors outside of the United States are subject to securities and tax regulations within their applicable jurisdictions that are not addressed on this site. Contact our office for information and availability.